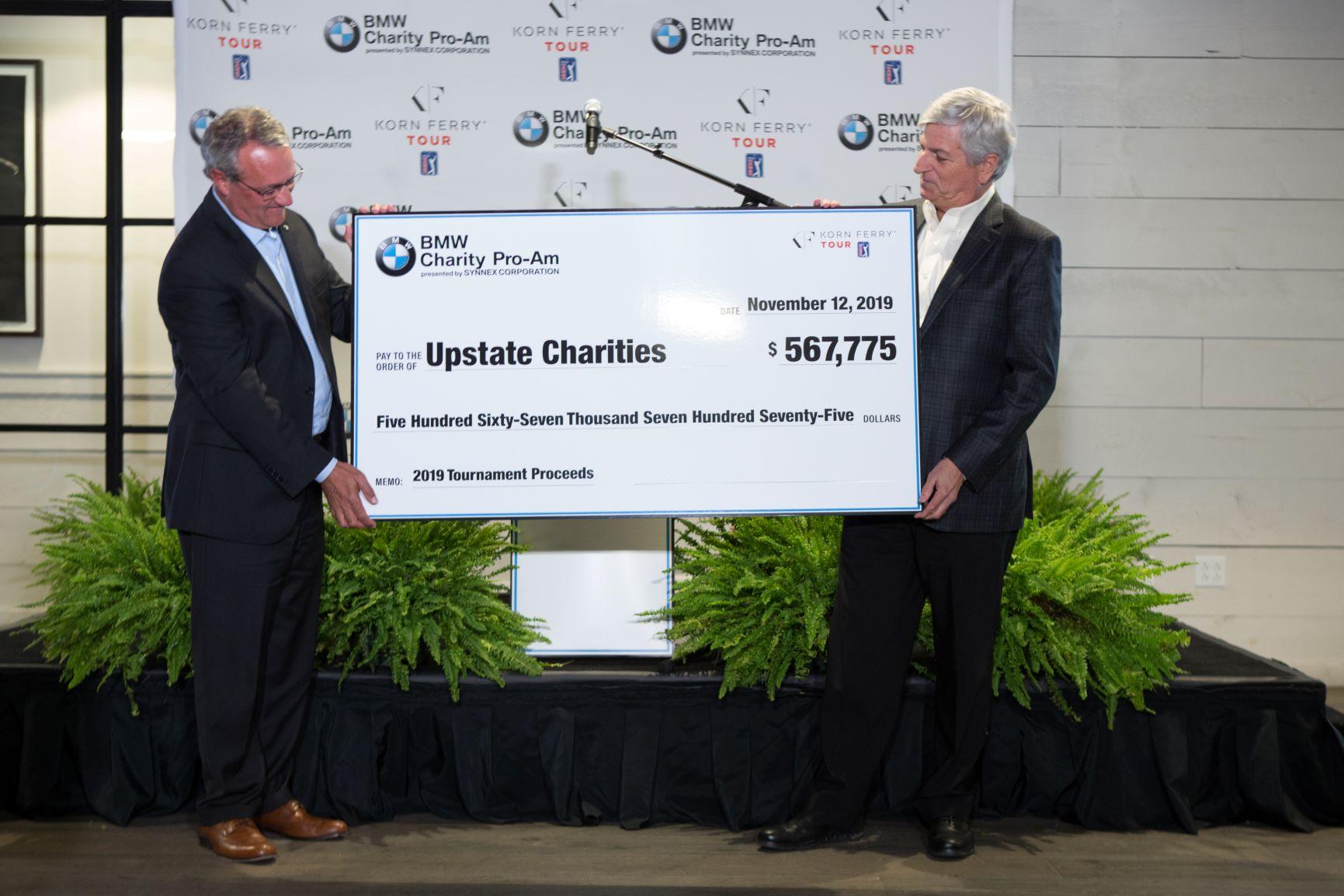 South Carolina Charities, Inc. (SCCI) today announced the list of Upstate charities receiving more than $560,000 raised by the 2019 BMW Charity Pro-Am Presented by SYNNEX Corporation. Since its inception in 2001, the tournament has awarded more than $13.6 million to further support the philanthropic missions of non-profit organizations in the Upstate.

Beneficiaries of the 2019 tournament are:

The 2019 tournament also presented its inaugural military and first responders weekend, supporting the Upstate Warrior Solution and the Palmetto State Chapter of Folds of Honor, while continuing to raise bonus dollars through the ongoing Birdies for Charity program, which enables donors to make a one-time flat donation or pledge one cent or more per birdie during the tournament.

“We are honored to host another great event for our community that allows us to give back to these deserving charities, and others through the Birdies for Charity program,” said Max Metcalf, secretary/treasurer of the BMW Charity Pro-Am Presented by SYNNEX Corporation. “From the beginning, this tournament has provided an exciting and memorable week for fans, sponsors and players as we raise money for such deserving causes in our community.”

Following the 2019 check presentation, Metcalf, representing the SCCI board of directors, announced plans for the 2020 tournament, which marks the 20th anniversary of the BMW Charity Pro-Am Presented by SYNNEX Corporation.

“As we kick off the 2020 tournament, the strong foundation built over two decades enables us to generate an even higher level of engagement, exposure, excitement and economic impact for the benefit of our community,” said Metcalf, who thanked sponsors, volunteers, business leaders and ticketholders for their years of support. “The tournament’s 20th anniversary is a milestone we plan to celebrate with special events throughout 2020.”

Beneficiaries of the 20th anniversary tournament are:

ABOUT THE BMW CHARITY PRO-AM PRESENTED BY SYNNEX CORPORATION

South Carolina Charities, Inc. (SCCI), the non-profit foundation of the BMW Charity Pro-Am presented by SYNNEX Corporation, was created in order to showcase the beauty of Upstate South Carolina and the hospitality of its citizens to the world; to create an event that brings the Upstate a fun and entertaining week centered around professional athletes and world renowned celebrities; and raise money and awareness for South Carolina charities. Since 2001, the tournament has distributed $13.6 million to numerous Upstate SC non-profit organizations, part of the PGA TOUR’s $3 billion raised for charity.