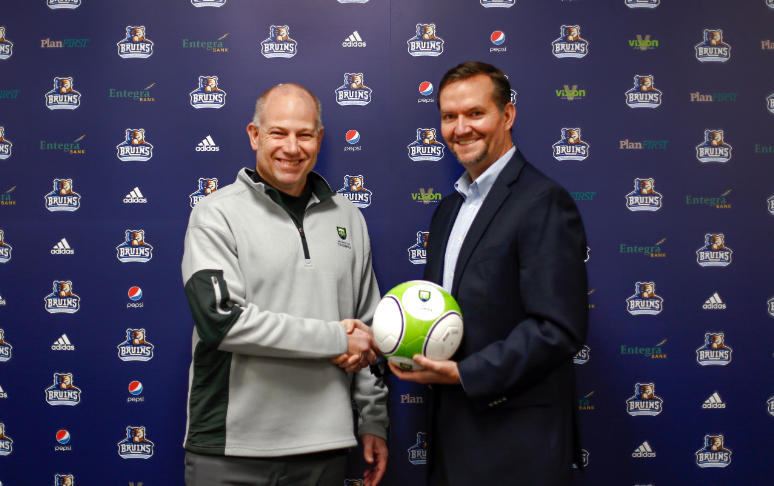 Bob Jones University will serve as the training site for the Greenville Triumph Soccer Club under a partnership reached between the university and the club, the team and school have announced.

The club will utilize the soccer fields as well as dedicated space to house a locker room, coaching offices and a players’ lounge. The Triumph and BJU are finalizing plans for improvements to the space to better serve both the club and the university’s athletic programs.

“We are thrilled to join Bob Jones University in this partnership that will give our club great facilities for training,” said Triumph Chairman Joe Erwin. “On behalf of our entire organization, I commend President Steve Pettit, Athletic Director Neal Ring and university leadership for working with us on a win-win arrangement. We are honored to be a part of the university’s commitment to use athletics to raise the profile of the university in our community.”

BJU began its intercollegiate athletics program in 2012. The soccer programs played their first games on Aug. 31, 2012, in front of more than 7,000 fans and thousands more watching online. Since then the Bruins soccer programs have developed into some of the best in the National Christian College Athletic Association (NCCAA). BJU Bruins athletics feature 15 varsity programs in their intercollegiate lineup.

“We’re very excited about this partnership with the Greenville Triumph,” said Bruins Director of Athletics Dr. Neal Ring. “This partnership will enhance our facilities to better serve our student-athletes in the future while also being a valuable resource to Greenville’s professional soccer club. We’re thrilled to partner with them as they build the foundation of their organization.”

“This is another exciting and beneficial partnership for our club,” said Greenville Triumph President Chris Lewis. “Soccer has always been an integral part of campus life at BJU, and we’re excited to continue to foster that culture through this agreement. So many great things are happening around BJU’s athletics program, and we couldn’t be happier to be a part of that and to work with Dr. Ring and his staff to enhance the experiences of our players and their student-athletes.”

The Triumph’s first home game is set for April 6 at Legacy Early College. Season tickets are available by visiting greenvilletriumph.com/season-tickets.