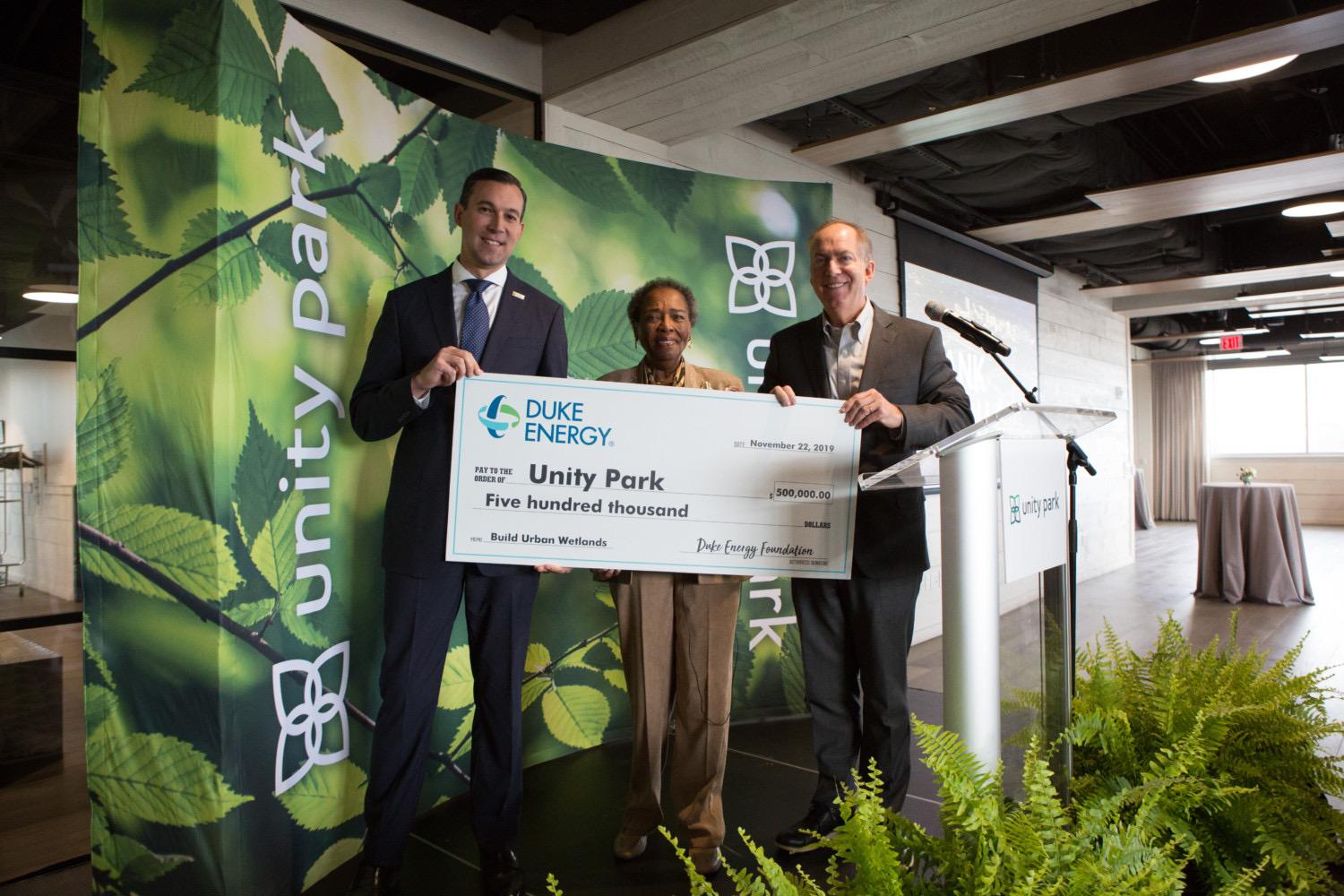 Duke Energy on Friday announced a $500,000 grant to enhance and protect natural wetlands in Greenville’s Unity Park, providing school children and other park visitors the opportunity to learn about the native species and wildlife living in this unique and critical ecosystem in the middle of an urban environment.

The project will include the Duke Energy Outdoor Classroom as part of an ADA-accessible boardwalk providing new public access to these currently overlooked and unapproachable wetlands. Once completed, the area will serve as an outdoor classroom for educating the public about the important environmental contribution of wetlands and the need to preserve them.

“We are excited to once again engage with a trusted partner like the city,” said Michael Callahan, Duke Energy’s South Carolina state president. “Unity Park is one of those projects that has so much depth and impact that we had to be a part of it. Not only will we see improvements in the environment with this grant, we will see lives changed.”

"We are grateful for Duke Energy Foundation’s participation in Unity Park and value its partnership on this transformative project," said Greenville Mayor Knox White.

The wetlands area of Unity Park along the northern perimeter of the 60-acre park marks the original path of the Reedy River before it was diverted in a 1933 Depression-era project by city engineers and the federal Works Progress Administration.

Despite close proximity to the Swamp Rabbit Trail – a popular 22-mile multi-use trail that is the backbone of the city and county’s greenway system – these wetlands are largely hidden from view and inaccessible to the public.

The wetlands work aligns with one of the park’s nine guiding principles that emerged during more than a decade of meetings with neighborhood residents and the community to discuss their priorities for Unity Park. Improving the wetland areas in Unity Park is intended to create a healthier river system, improve habitat, mitigate flood risk and create a greater scenic and educational amenity for the community.

Duke Energy Foundation joins Michelin Corporate Foundation, Auro Hotels, Craig and Vicki Brown, SYNNEX Corporation and SC Telco that have publicly announced their partnerships in Unity Park. More than $6 million in private money has been raised for construction of the $41 million first phase of the park, scheduled to open in 2022.

Headquartered in Charlotte, N.C., Duke Energy is one of the largest energy holding companies in the U.S., with approximately 29,000 employees and a generating capacity of 49,500 megawatts. The company is transforming its customers’ experience, modernizing its energy grid, generating cleaner energy and expanding its natural gas infrastructure to create a smarter energy future for the people and communities it serves.