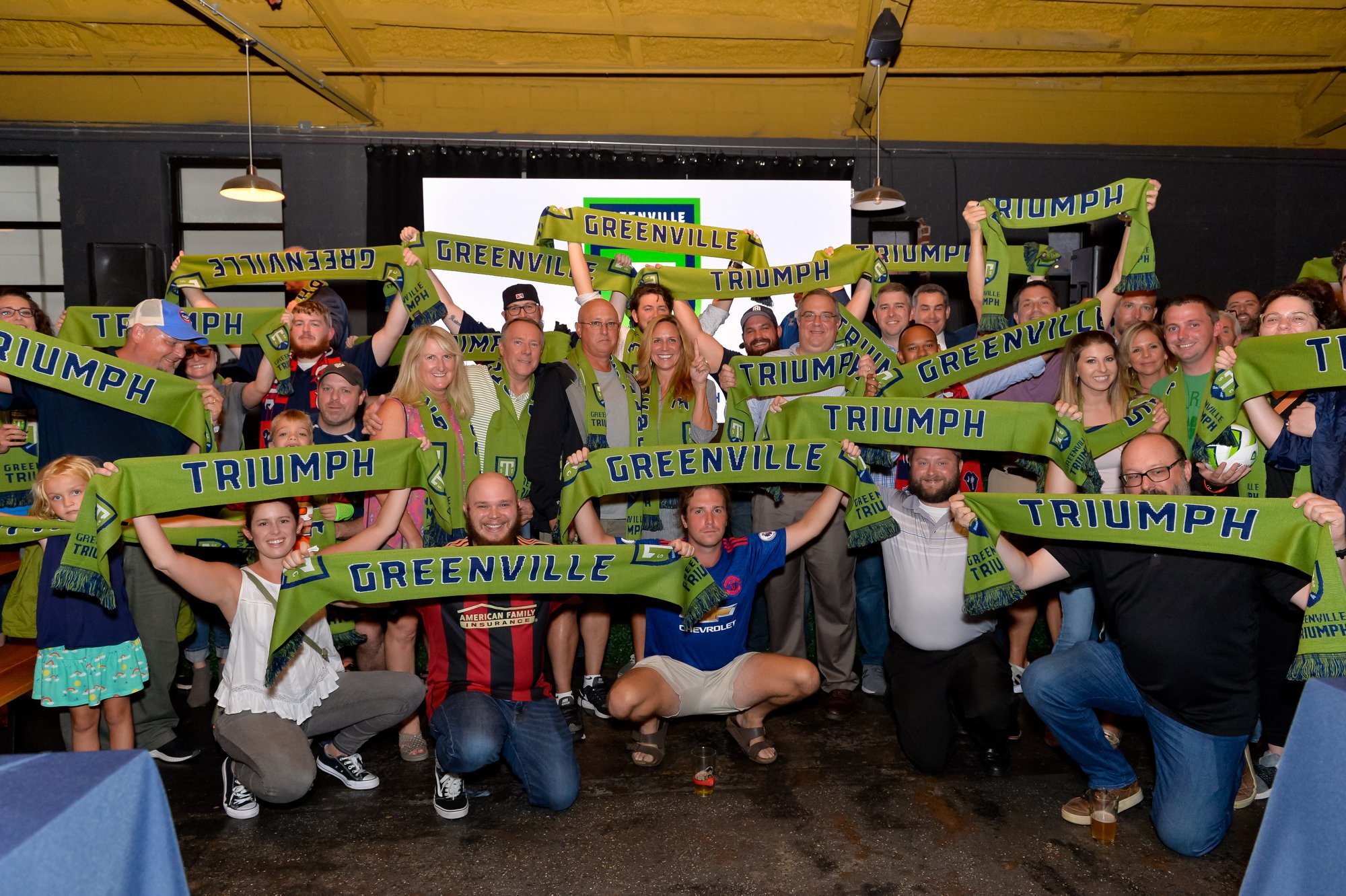 Greenville’s new pro soccer team will be called Greenville Triumph Soccer Club as a testament to the community’s indomitable spirit and the region’s ability to overcome adversity to transform itself into an enviable place to live, the ownership group announced Thursday.

The Greenville Triumph will sport fresh green and navy blue colors when the team takes the field in March 2019 to open play in the inaugural season of the United Soccer League (USL) D3. The team logo pays homage to the Blue Ridge Mountains and the rivers that contribute to the beauty and livability of the Upstate.

Doug Erwin, vice chairman and chief brand officer of the team, said the name speaks to Greenville’s triumphs to create one of the most envied communities in the country. “Triumph means you’ve won. You’ve overcome obstacles, opposition and competition to achieve a goal,” he said. “The ability to pick yourself up when you’re knocked down is fundamental in sports and life – every bit as inspiring as it is in the case of communities and neighborhoods.”

Residents and visitors visit Greater Greenville to enjoy exceptional restaurants, boutique retailers and world-class cultural amenities. Gleaming offices, luxury apartments and small businesses of all types line the sidewalks while global businesses have transformed the Upstate into an international manufacturing center built on a work ethic, craftsmanship and pride born out of the textile industry.

“The fact that we’re confident enough now to locate a professional soccer team here is another sign of our triumph over what we were just a couple of decades ago,” said Joe Erwin, chairman of Greenville Triumph SC. “Win or lose, this soccer team represents and reflects our triumph as a community and our fierce determination to keep moving forward.”

The USL announced in March that an ownership group led by Joe Erwin acquired a USL D3 soccer franchise and was bringing professional soccer to the Upstate for the league’s inaugural season in 2019. The owners continue to evaluate potential sites for play the first season and beyond.

In the meantime, the team is moving forward with a variety of community events, such as its recent World Cup watch parties and an upcoming Kickers Clinic for children ages 6-14 on Saturday, Aug. 11. More than 70 aspiring soccer stars registered to attend the clinic at Gary L. Pittman Park on Greenville’s Eastside. The instruction, conducted by 11.11 Training, will introduce kids to the game by focusing on fundamentals, basic foot skills, speed and technique.

The club also supported the Banda Premier Youth Soccer Camp, a four-week special camp being held at Pittman Park for 24 local soccer players ages 12-14 from across the Upstate.

Merchandise orders and Season Ticket Priority Deposits can now be placed at GreenvilleTriumph.com where they also can find the latest team updates and information. Addtionally, fans can follow the team on Twitter and Instagram at @GVLTriumph and on Facebook at Greenville Triumph SC.

About the United Soccer League

The USL is one of the most prominent Division II professional soccer leagues in the world, reaching a population of more than 75 million people to fuel the growth of professional soccer across North America. Headquartered in Tampa, Florida, the USL provides unparalleled club support with a growing team of more than 50 professionals across 17 departments, ranging from operations to marketing, communications and sponsorship.

The USL has national media partnerships with ESPN and SiriusXM, and operates USL Productions, which includes a state-of-the-art facility that will produce and distribute more than 500 league matches and more than 1,000 hours of original content to national partners, local affiliates, the USL’s Match Center and international markets over the 2018 season.