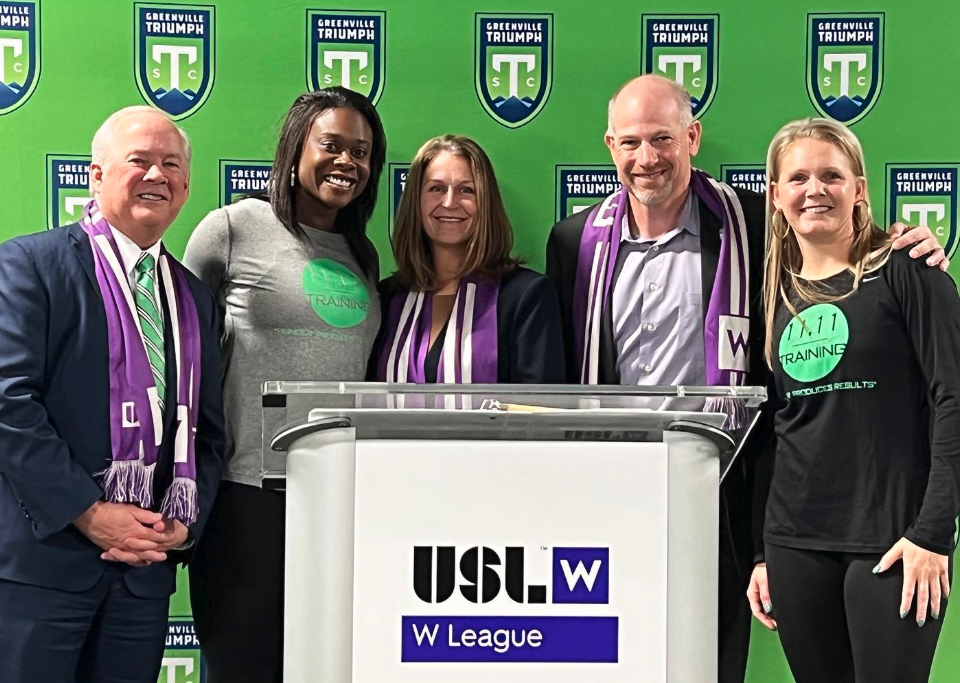 Carlson has served as director of operations for women’s soccer at Clemson University for the past three years.

As head coach/technical director for the women’s team, Carlson will lead the day-to-day operations of the team and take a lead role in the club’s youth programming, fan development and community relations initiatives. The full-time position reports to Club President Chris Lewis.

“Julie brings a deep knowledge of the game and extensive experience as a coach, a program builder and a player,” Lewis said. “She is a tremendous leader who inspires her players[CL1] to achieve on the pitch and in life.”

“We are excited for the future of this program and committed to using it to support the overall mission of our Club while also furthering the mission of the W League to provide female soccer players and executives with an opportunity to excel and grow at the next level while engaging our community,” he said.

Carlson worked as a volunteer assistant coach for the Clemson women’s soccer team from 2014 to 2016. She previously served as head coach of women’s soccer teams at Anderson University, Jacksonville State and the Virginia Military Institute, where she built the women’s soccer program from the ground up.

“There has been a surge in interest for women’s soccer, and I am grateful to be given the opportunity to lead the community’s first pre-professional women’s team,” Carlson said. “My hope is to teach these players the skills they need to be effective both on and off the field, and to inspire young girls to play soccer.”

The USL Women’s League season is set to begin in the spring of 2022. The team’s name, colors, and crest will be announced in early 2022. Greenville’s women’s team will play at Legacy Early College, and tickets for the women’s 2022 season can be purchased by visiting greenvilletriumph.com/wleague.

[CL1]Just making the quotes sound like me … if you need to tweak for flow or wordiness, please do.