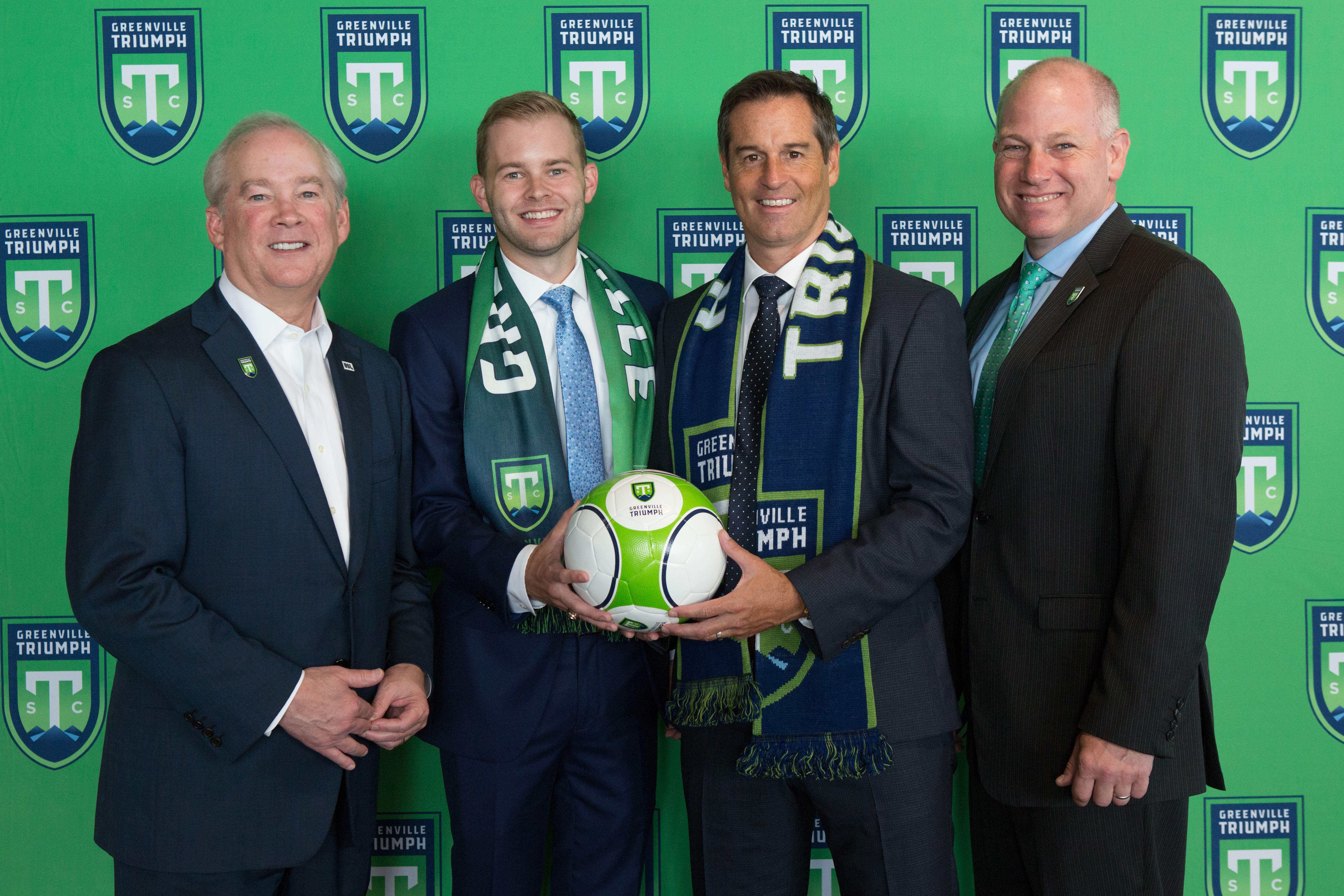 Harkes, 51, signed a three-year contract with Triumph SC and will lead the technical side of the team as it builds toward opening play in March 2019.

Most recently, Harkes served as head coach and director of football for FC Cincinnati. During his time in Cincinnati, he led the club to a 16-6-8 record – good for third in the league among 29 teams and a playoff bid in the organization’s inaugural season. Harkes was a finalist for Coach of the Year honors after the 2016 season.

Prior to taking the helm in Cincinnati, the Kearny, New Jersey, native served as a member of Bruce Arena’s coaching staff with the New York Red Bulls of Major League Soccer (MLS). Harkes has held coaching and technical director positions at the national and MLS academy youth levels.

John served under current Los Angeles Galaxy Head Coach Sigi Schmid as an assistant with the U.S. U-20 Youth National Team, helping the side qualify for the Youth World Cup. The former D.C. United captain also served as technical director for the MLS side’s youth academy after working to get the program started.

“John has a deep knowledge of the game both from the players’ perspective and on the technical side as a coach, scout and sporting director,” said Chris Lewis, team president. “He’s very much a student of the game and understands it at all levels from upper-age youth clubs to the major European professional clubs.”

Greenville Triumph SC hired Harkes following an extensive nationwide search that involved dozens of candidates and phone interviews before narrowing the list to a small group of finalists brought to Greenville for in-person interviews.

"I am honored to be named as their inaugural head coach and sporting director and look forward to building something special for the community of Greenville both on and off the field,” Harkes said. “My family and I are extremely excited to be joining the Greenville Triumph. I want to thank Joe and Doug Erwin, Shannon Wilbanks and Chris Lewis for this tremendous opportunity."

Joe Erwin, chairman of the team’s ownership group, described the hiring of Harkes to lead the team as “a huge win for the team, for our supporters, our fans and for greater Greenville. John is a legend in the soccer world, and it is only fitting for someone of his caliber to be a part of our great city and what I know will be a winning team.”

Lewis described Harkes as a strong communicator with a sharp soccer mind who understands how to build a team from the ground up as he did in Cincinnati. “He’s done this before and he’s done it successfully,” Lewis said. “John has phenomenal connectivity in the U.S. and abroad, and he wants to be a part of building something that’s sustainable and competitive from the start.”

Harkes, who will move to Greenville in September, immediately begins work building out his coaching staff while scouting talent and following up with players who have already contacted the team. Tryouts could be held as early as November.

Harkes grew up in Kearny, New Jersey with fellow former U.S. Men’s National Team standouts Tony Meola and Tab Ramos. He played soccer at the University of Virginia from 1985 to 1987 under his future D.C. United head coach Arena. Harkes was named the MAC Hermann Player of the Year in 1987 and elected to forgo his senior year to play full time for the U.S. Men’s National Team in 1988. With the National Team, Harkes earned 90 caps (89 starts), competed in two FIFA World Cups (1990, 1994), the 1988 Olympics and served as team captain from 1995-1998.

Following a historic career in Europe as the first American to compete in the English Premier League, Harkes returned to the U.S. to compete in MLS and provide star power for the new league’s inaugural season. He went on to win two MLS Cup titles with D.C. United (captaining both squads), two Open Cup titles (one as D.C. United’s captain and one with the Columbus Crew) and six MLS All-Star selections.

The USL announced in March that an ownership group led by Joe Erwin acquired a USL D3 soccer franchise and was bringing professional soccer to the Upstate for the league’s inaugural season in 2019. The owners continue to evaluate potential sites for play the first season and beyond.

Merchandise orders and Season Ticket Priority Deposits can now be placed at GreenvilleTriumph.com where fans also can find the latest team updates and information. Additionally, fans can follow the team on Twitter and Instagram at @GVLTriumph and on Facebook at Greenville Triumph SC.