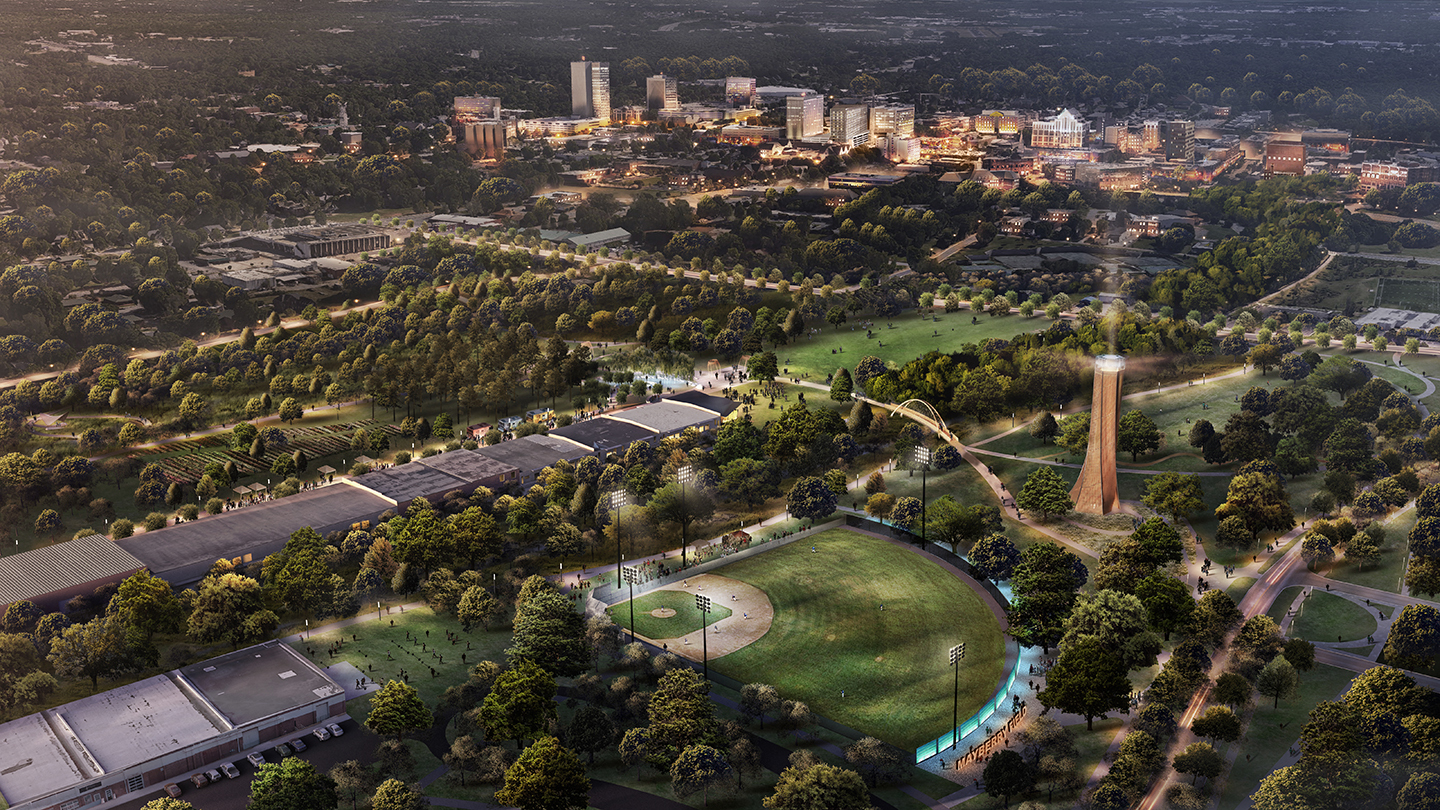 After more than a decade of study and planning, Greenville is taking the first steps in turning the vision of a 60-acre Westside park into reality – transforming and in some ways restoring a largely unseen and often forgotten part of our community’s history. The park will be named Unity Park.

“In a way that pays homage to the history of the area, we are staking out this ground for generations to come as a park for everyone,” said Mayor Knox White. “Unity Park will serve as an affirmation of what Greenville stands for and believes in, and as a reflection of the strength that our community derives from its diversity.”

In addition to the name, the City is also releasing the latest design renderings from MKSK Landscape Architecture of Columbus, Ohio, that showcase some of the park’s key features, including a signature 120-foot observation tower, a gathering hall that can host outdoor concerts, a pedestrian bridge and playgrounds as well as boardwalks and an outdoor learning area.

To be constructed in phases over time, the park will stretch from the A.J. Whittenberg Elementary School of Engineering on the southeastern corner to the railroad trestle on the northwest edge. The Reedy River flows through the site offering opportunities to restore wetlands and reveal more of the river’s natural beauty upstream from Falls Park. When completed, the park will be roughly twice the size of Falls Park and about half the size of Cleveland Park.

According to Mayor White, Unity Park is a forward-looking acknowledgment that our future achievements will be defined and measured by our community’s ability to learn from its history and unite behind a shared vision. To that end, the park is designed to accomplish four main goals: manage growth by balancing it with greenspace, knit together neighborhoods, address issues of affordable housing and create a destination designed to attract tourists and visitors from across the region and beyond.