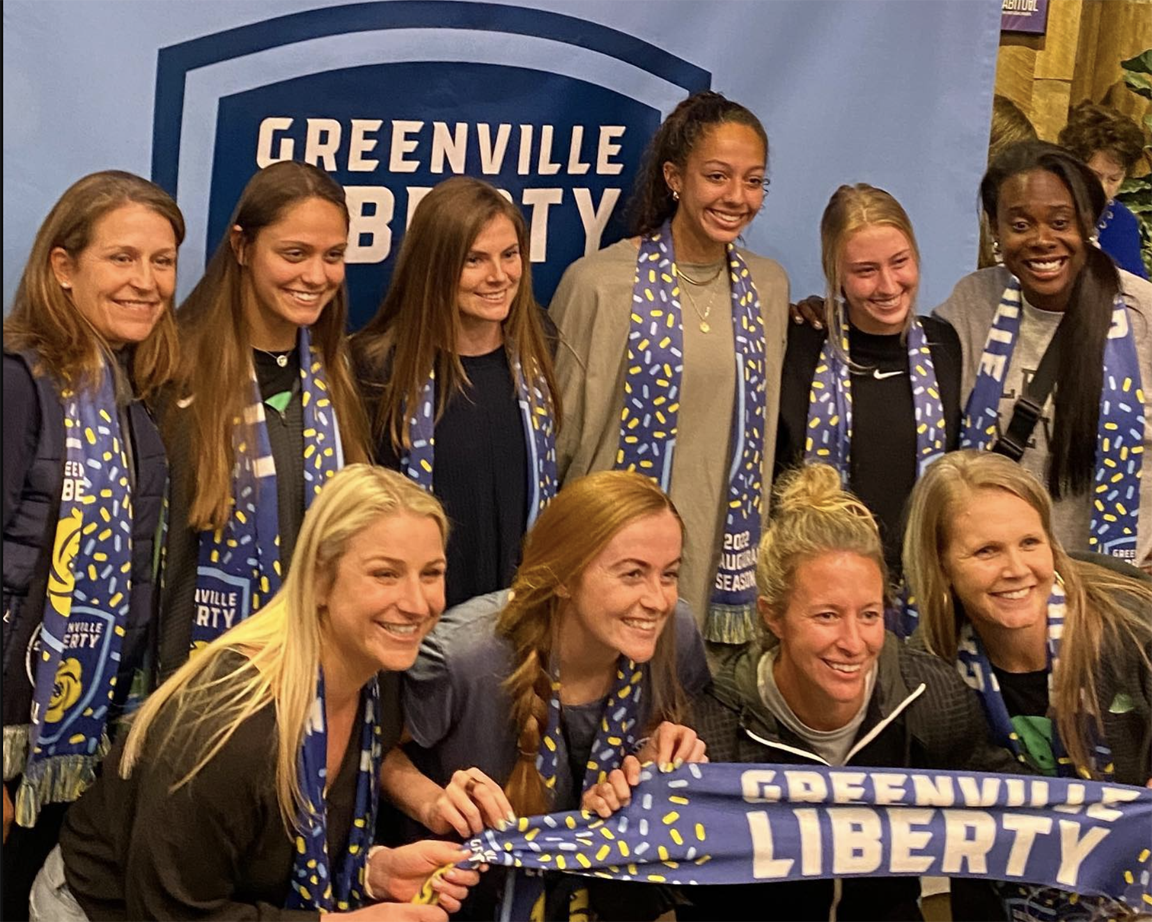 The Greenville Triumph SC hosted an event at HabiTap on Thursday to unveil the name, colors and crest, which features a Yellow Jasmine, the South Carolina state flower.

Doug Erwin, vice chairman and chief brand officer for the Triumph, said the name resonates strongly with iconic local pillars, such as the Liberty Bridge, Liberty Theater, and Liberty Life Insurance, and shares the aspirational nature of the name of the men’s team, the Greenville Triumph.

“We felt strongly that the women’s team deserved an identity of its own that could inspire and rally the Upstate,” Erwin said. “We underwent a rigorous process with lots of community feedback, and we couldn’t be more excited with where we ended up.”

Brandiose of San Diego began work on the team name, crest and colors last May and met with Greenville soccer fans, staff and community members to learn about the stories, history, and personality of the community.

The process included fans suggesting names and then voting for their favorite. The Greenville Liberty not only garnered the most votes among the finalists but also was the most-suggested name.

“With the talent level of players we have coming in and the teams’ brand announcement, the excitement surrounding our new women’s team continues to grow as the inaugural season nears,” said Julie Carlson, head coach and technical director of the Greenville Liberty. “Our players and staff are ‘super pumped’ about uniting all the components of this program into one.”

The team has signed 24 players ranging in age from 16 to 29. Carlson said she expects to sign a handful more before the season starts.

“The recent growth and evolution of women’s soccer has been incredible,” said Triumph Senior Vice President Megan Kolak, who is taking on an executive role with the Liberty and was recently named to the USL W League’s executive committee. “This is the perfect time to launch an identity that strengthens our purpose, excites our fans, and reflects our club’s values.”

Tickets for the Greenville Liberty’s 2022 season and merchandise can be purchased by visiting greenvilletriumph.com/wleague.